After 11 months of no football and literally two preseasons it was great to get back to competitive NPL football.

The boys have been nothing short of admirable in the way they tackled this preseason, so we felt confident going into the Dinamo match.

All staff have worked around the clock to retain and attain personnel which is what we believe can get us success on the park this year.

Our medical and conditioning team have had to roll out meticulous programs to help the group achieve our fitness goals while keeping in mind they had over 9 months away from football.

All of this brings us to our first game against St Albans Saints FC. It is a difficult task to play your first round away from home, especially on a pitch that is unlike any other.

Though we were certainly focused, as I could sense immediately in the warm up.

I firmly believe the boys were very focused to deliver our President, Anthony Klotz, 3 points on what was a very difficult weekend for him and his family.

In the first 20 mins we were trying to find our rhythm through some free flowing play. It did not take long for us to settle and look comfortable in possession.

A great pass out from the left from Mamadi Kamara saw a well worked strike from Teeboy Kamara which allowed us our first goal. I believe it really settled the group to achieve more possession.

The hunger continued until half time creating more chances. At half time we set some team and individual goals to which the boys adhered to brilliantly.

This game was never going to be a perfect football match due to conditions on the day and the long lay off of competitive football due to COVID-19.

That being said, half way through the second half a hardworking Dinamo side showed some good passages of play. Though our group is a determined bunch and withstood with some defensive pressure.

Towards the end of the second half we began to take control again which led to a corner from which a great delivery was met to allow a well timed header by Daniel Jones, and at 2-0 we were on our way to delivering the Gully Faithful our first three points of 2021. 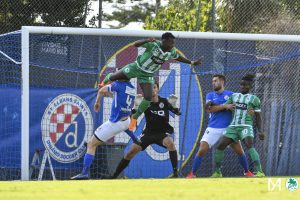 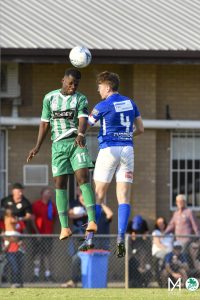 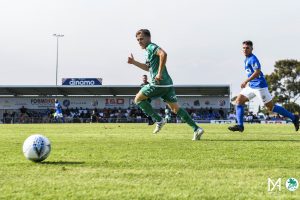 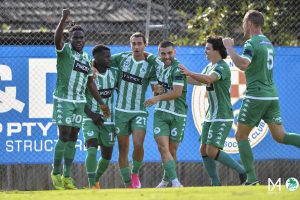 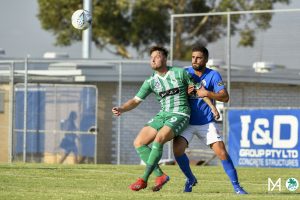 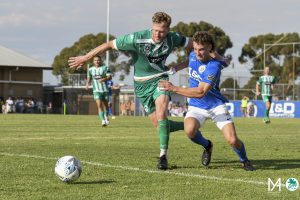 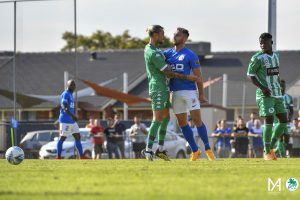 You can view the full gallery over on our Facebook page